Well El Nino may still be rearing its head every so often and there were some serious flurries but we made it through the storm and we can clearly see Spring through the windshield. That means it’s time to put away the snow boots and look at breaking out some other casual hightops instead. Now guys, we know it’s habitual to want to put on your ol’ faithful pair of comfortable scoots that look like they’ve been with you since your glory days yore, but try to get out of that “comfort zone” and step into another one. You’ll be surprised that even though it’s more stylish, they may be just as comfortable as your ‘Chucks’. So here is our guide to the best hightops for Spring 2016, with these even though it may be a mundane trip to the market you won’t look like it. 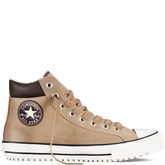 Ok, you’ve gotta’ get your basics covered and for that no closet would be complete with a pair of Converse Chuck Taylors, but just because you’re doing your core curriculum doesn’t mean you have to be bland about it. Converse has taken the iconic shape and taken it to a new level, and some are more made for the runway than the blacktop, and are priced that way too. But even if you stick to the basics you can still look like you dropped designer money yet will be way ahead of the fashion curve.

Always a classic, but maybe go with a beige rather than the traditional white.

Although Converse and Nike had a strangle hold on the market for quite some time the tops seeks to end that monopoly and are creating some amazing style of their own that are not just grabbing the eyes of consumers but a big piece of market share as well. 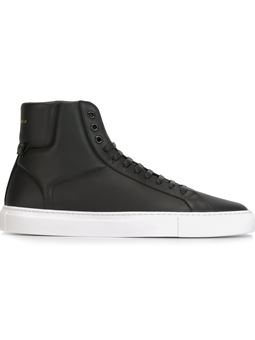 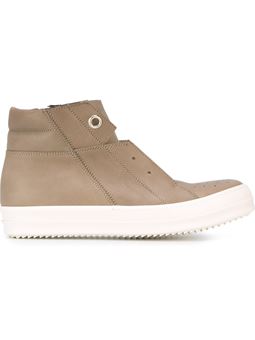 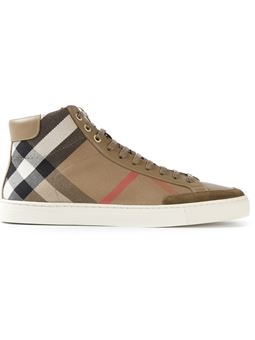 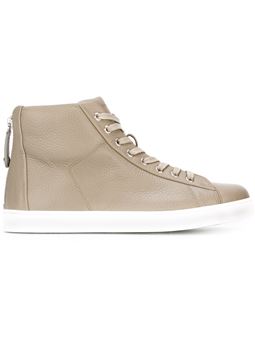 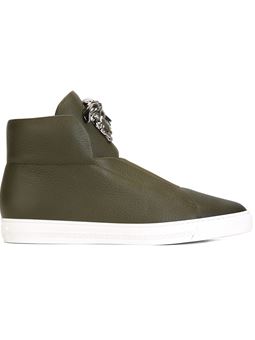