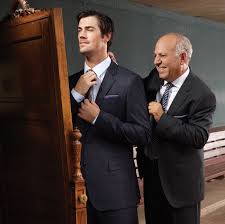 The old adage “you can never be too rich or too thin” may be antiquated but in regards to suiting up in may still be the letter of the law. Honestly, I didn’t think the movement to last this long, in fact when I remember when I finally gave in and realized that trimming the silhouette down to levels that even Europeans might think were tight, was going to be around for a while.

It was when I was meeting with my tailor to decide which of my existing suits could withstand the transition without resembling a fish out of water. As I saw the chalk lines being drawn on my favorite Hugo Boss I still wasn’t ready to jump in with both feet. “Perhaps we can leave some cloth on the inside in case we need to let them out again?”, I asked. Of course, I know you should never do this but at the time I would have rather face faux pas than carving up a $1200 suit just to be in style. Well, I was wrong and slim city is bustling in popularity and most importantly, looks to still be around when the temperature changes in the fall so don’t even think about skipping your workouts any timesoon.

GQ Magazine recently commented on what would deemed the well sculptured look and sounds like a re-raise on slim fits and tapered trousers.

“When you see a completely contemporary man put together from top to bottom what’s the secret? The trimness of the suit? Sure. The elegance of the details? Totally. But look a little closer and you’ll notice what’s not here: no aggressive plaids, no I’m-the-man pinstripes, no four-button jacket. Instead, the message is smart, confident, thoroughly put together. He makes a statement by not making one—or at least looking as if he’s not trying so hard to make one. Like the best in modern design, his suit is simple and streamlined, perfectly crafted. That’s the look you want.” 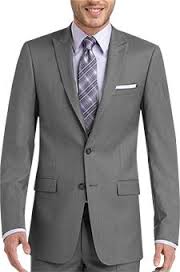 All things being equal, after I got used to it, I actually liked it much better than what we were doing before. Remember the ‘upside down cannon pants’? Bigger in the thigh and slightly tapering in to about 8 to 8.5 inches on the bottom, with a 1” cuff? Three and four button suits that draped straight down to hide the love handles? Well, think of this as payback for all of that work you put into the gym that only paid dividends when you went to beach, and really how many people that you know actually saw you? This way you certainly get more ROI for your efforts and honestly, I’m still looking to recoup my $1200 anyway.