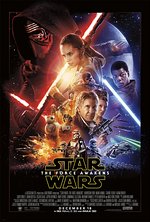 The box office force has awoken. Last weekend the much anticipated seventh installment of the Star Wars saga finally hit the theaters, and hit them hard. The bar for this film in regards to box office results was further in orbit than Jakku but it appears it had the firepower to get there. Depending on your source, and we always use box office mojo, the film broke tens of box office records, some more granular than others but at the end of the day the most important number is 610. That’s how many millions it made worldwide (288 domestic/322 foreign) in its first four days, including 61 million on Monday Dec 21 breaking the all-time record for a Monday. In addition to taking the domestic opening weekend record, the film broke the Thursday preview record ($57 million) and on Friday the single-day record ($119.1m). Star Wars‘s Saturday and Sunday grosses of $68.2m and $60.5m were the third biggest Saturday and the biggest Sunday respectively. BoxOffice.com is projecting $762 million in cumulative ticket sales for The Force Awakens, and Robbins says “generally, rule of thumb, most people will tell you it’s about 50 percent” that makes it back to the studio. So count on $380 million in Disney revenue there. And let us not forget the Star Wars Toys licensing, pay-per-view, home DVD sales, and more. So it certainly answered the call of the force monetarily but I think the rebellion may face its toughest foe in the form of the reviews of the film itself which I think falls somewhere in the pack of the best screenplays of the series.

Now before I get a plethora of death threats from the those that believe they are Jedi walking the face of the earth, I will go on record by saying “I liked the film” but I would be remiss if I didn’t admit that there were some points that disappointed me as a life-long fan whom has always found a way to see every film on opening weekend since I was responsible for my own transportation. So let this be the spoiler alert if you haven’t seen the film to move onto another article on the site. For those of you that are still here that have also seen it let’s use plain language. Frankly, I thought the writer(s) went to the success well too many times, pulling from things that worked in the past. For example, the whole “baby Jedi going bad” angle has been played out. The fact the ultimate antagonist was the son of the 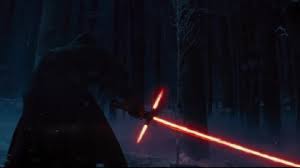 Skywalker bloodline gone rogue was played to max with Anikan skywalker (Darth Vader). Now that theme has come back again and I’m surprised that with the universe of imagination and possibilities that’s where they decided to go. Even for those that want to get into character, you would think after what they just went through with Anikan they would keep a tighter lid on who they training to make sure they don’t leave the next or talk to anyone until they’re at least 30. I will make this promise, if he gets his hand cut off in the heat of battle I will not go see any others after that one. Why not have the dark side use their cloning technology to clone an army of Darth Mauls? Now that would be a formidable opponent, and no one would have to go into exile out of shame that their pupil went rogue.

Next, I have a problem that the weapon of mass destruction looked simply like a new and improved Death Star. That plot has also been played in half of the first six films. Either blowing it up, stopping it from being built, or blowing it up for a second time, we get the whole star ship the size of a small moon with the ability to destroy an entire planet thing, even though this one was much bigger. On top of that, the shields being shut down, one single X-Wing fighter penetrating the defenses to strike the final blow as the clock was winding down was too much like the episode 4. 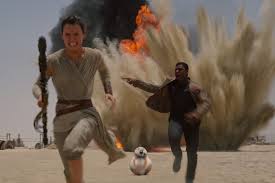 Ok, what was good about it was firstly just seeing all of the old faces again. Han, Leia, Chewy, and even Luke for the grand finale when you thought for sure the credits were coming. We can all trace one of these films to a point in our childhood so it was like seeing old friends again. Just more than a little bit older, hard to believe it’s been 40 years. The new characters have charisma, flaws, courage, and are likeable. It will be interesting to see how they develop them going forward. Unlike episode 4 which was a little slow to develop, which makes perfect sense as you needed to explain several Si-Fi characters, this was able to also introduce the new cast but allow you to catch up while the action was moving. With the developments in technology the visuals are second only to Avatar and it would play well in an IMAX or a 3d theatre as well. I also liked that the stud of the film was a woman. It was a nice change that I wasn’t expecting despite all the teasers running over the past 3 months. The action was good and despite having to establish a storyline and develop characters, it didn’t hit that loll that makes you check your watch to see how much time has elapsed and wonder how they’re going to pull this thing together before the time expires. Lastly, it’s still Star Wars, and has been around for nearly all of my life and like Christmas carols, although you may know the words, the season wouldn’t be the same without them. Find a local movie theater to view star wars here. 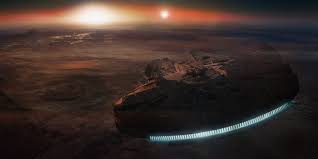